When owners Brad and Elana of Cafe Botticelli approached me to paint a mural on the wall inside their cafe I was tickled pink! Having designed their coffee cup illustration 3 years ago I knew that this mural was going to be fun to do and I couldn’t wait to create something special once again for this very lovely family.

Cafe Botticelli’s brief was to have a mural celebrating over 30 years in business and to be painted in a playful/fun/humorous style with colours to suite their eclectic cafe.

My solution was to show some of Geelong’s historic events over the past 30 odd years illustrated in a storyboard fashion. Being such a family friendly cafe (have you seen Jabi’s Garden out the back?!) I decided to make it cartoon style.

When you visit Cafe Botticelli here is the Timeline cheat sheet so you know what each illustration is depicting:

Pop into this family cafe for breaky, lunch or coffee and check out the mural while you’re there! 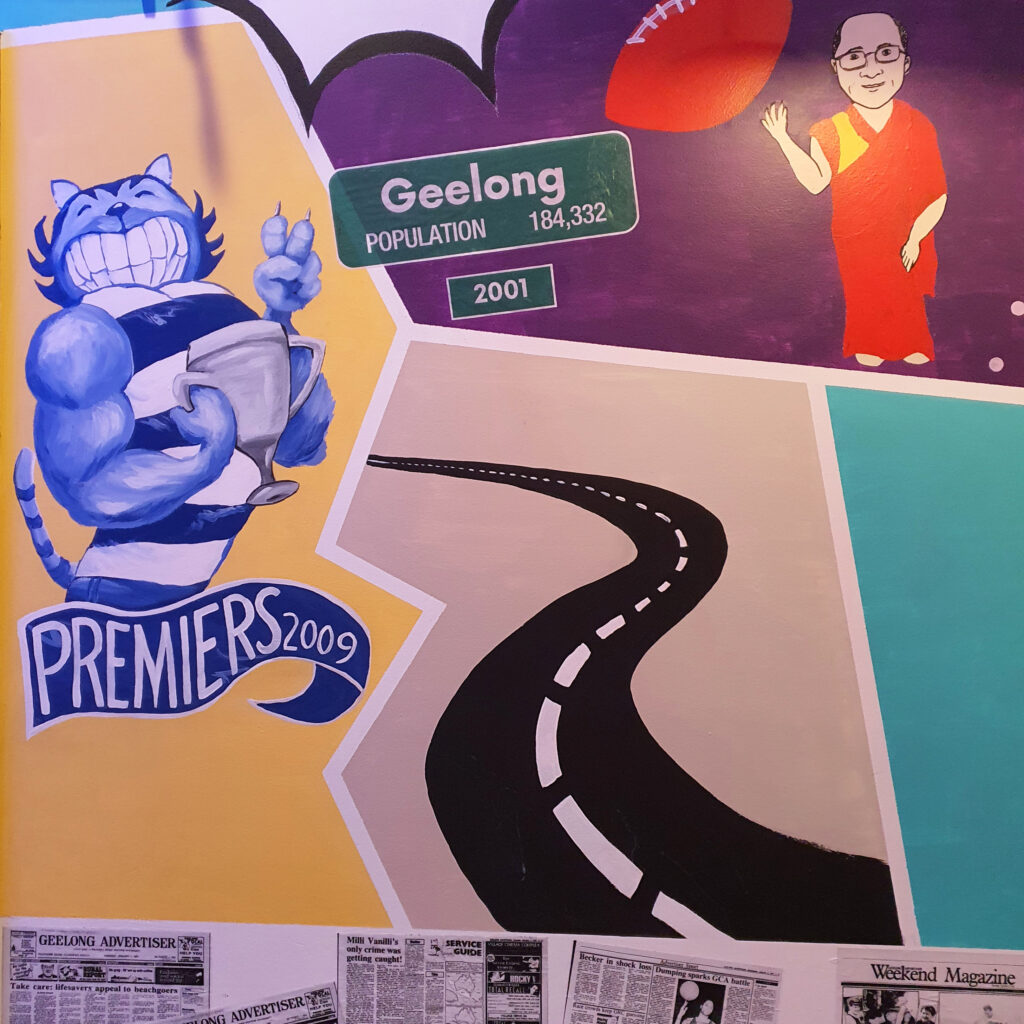